How to Create a MySQL User

MySQL is currently one of the most popular relational database management systems (RDBMSs) in the world. MySQL is available for a variety of platforms, including Linux operating systems such as CentOS.

User names allow the system administrators in MySQL to control the access that each user has. Each end user should have an individual user name so that administrators can determine which user has performed a particular action. Adding users in MySQL is a routine administrator task that requires root access.

Here is a quick tutorial on how to add a new user in MySQL.

Use the following command from the CentOS command line to log on to MySQL with the root user name:

Create the user ‘testuser' for the host ‘localhost' with the password ‘testpassword':

The above commands should produce output similar to the following: 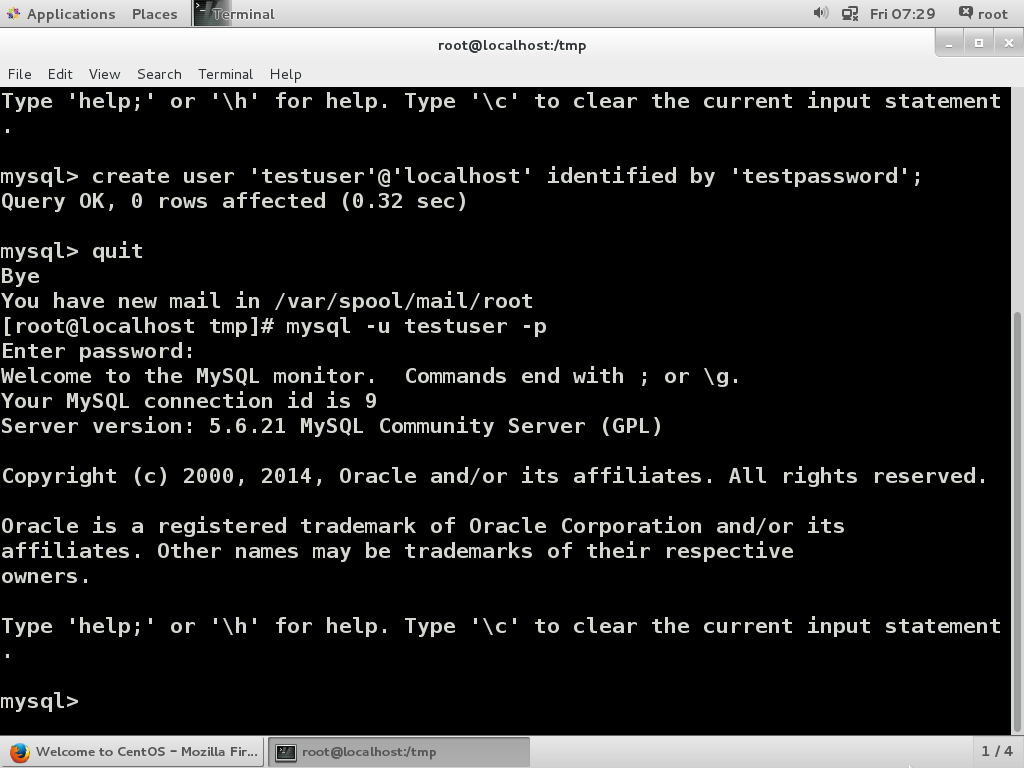 Pay less for website domain names. Register your own .com, .net or .org for as low as $10.18 per year. We have everything you need to get online with your new domain.

Build an amazing website in just under an hour with Website Builder. Take advantage of designs created just for your industry and then customize them to reflect your one-of-a-kind idea.

Protect your website and keep customers safe. Your comprehensive Website Security solution. Get peace of mind by securing your websites. We fix hacks to help prevent attacks.

Everything needed to give your website the high-performance home it deserves.  Protect transactions and secure your customer's data with a SSL Certificate
Copyright © 2005 - 2022. All rights reserved. Privacy Policy